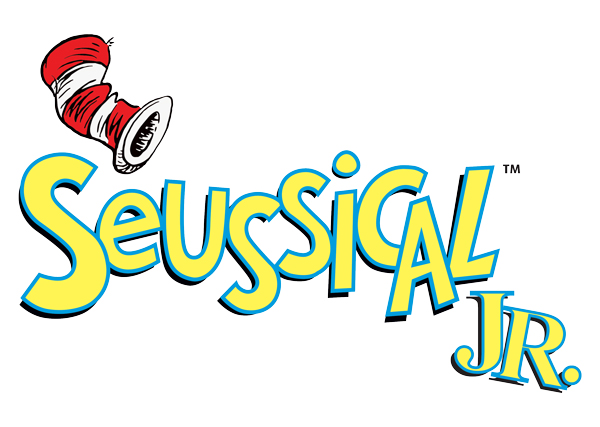 Auditions are open to youth ages 8 to 18.  A prospective cast member must be a minimum of 8 years old and a maximum of 18 years old on the day that individual auditions for the production.

Please use the following sign up genus to register for your audition spot. Walk ins will not be allowed.

If you have conflicts with the audition dates above, please send an email to ACTSeussical2022@gmail.com as soon as possible for an alternative method/date to audition.  These arrangements must be made prior to August 9, 2022.

Potential cast members need to attend only one night of auditions.

There will most likely not be any callbacks.

In preparation for auditions, please read these materials and bring the completed forms to the audition.  You may attach your own picture to the Audition Form.  ACT will also be taking individual pictures each night.

ACT is in need of a Stage Manager for this show! Please fill out the application below and email it to: ACTSeussical2022@gmail.com NO LATER THAN 12:00 AM, AUGUST 7TH. Also, please plan to come to our board meeting on August 8th at 7:00 pm for an interview.

ACT is seeking Tech Crew members for Seussical JR. ACT encourages interested individuals to complete the form below and bring it to auditions.

The final cast list will be posted on ACT’s Facebook Page (and potentially ACT’s website) by Friday, August 19th at 8pm. Those individuals must email Misty Jones to accept or decline their roles at ACTSeussical2022@gmail.com by Saturday, August 20th at 5pm.

On Sunday night, August 21 all of the cast, parents/guardians, directors, and producers will meet at Alamance Lutheran Church at 6:00 pm.  A great deal of important information will be discussed, so it is MANDATORY that each cast member and a parent/guardian attend this meeting.  A $60 Participation Fee will be collected from each cast member ($50 for each additional sibling).  This fee helps to cover some of the production’s costs.  Scholarships are available to ensure that no young person is unable to participate. Please email ACTSeussical2022@ gmail.com or speak to one of the producers at the parent meeting to make these arrangements.  Scholarship families will be requested to “Pay what they can” and will be asked to contribute additional volunteer hours to the production.

Rehearsals will predominantly occur at Alamance Lutheran Church and will generally occur between 6:00 pm and 9:00 pm on Monday, Tuesday, Wednesday, Thursday, and Friday nights. There may be a few nights that extend to 9:30 pm, multiple Saturday morning/afternoon rehearsals and potentially a few Sunday afternoon/evening rehearsals.  Some rehearsals with minimal called cast members may be at locations other than Alamance Lutheran.  Not all cast members will be scheduled for each rehearsal but each cast member will be expected to attend all of the rehearsals for which he or she is scheduled.

Tech week begins on Sunday, October 1, 2022 with rehearsals each day/night at the Paramount Theater.  Tech Week rehearsals may extend to 10:30 pm.  All cast members should be present this week with no exceptions!  However, if an auditionee has a mandatory or long term commitment that may conflict with attendance during Tech Week, that conflict should be detailed on the audition form and specifically discussed with production staff at auditions.

Auditionees should be aware that participation in other productions or other activities that overlap and/or create conflicts with rehearsals for SEUSSICAL JR. may be considered in casting decisions.

Alamance Children’s Theatre will be requiring all participants to have their temperature taken prior to participating in any activity associated with SEUSSICAL JR. Alamance Children’s Theater is requiring everyone to adhere to the COVID protocols of Alamance Lutheran and the Paramount. Hand sanitizer will be available at every activity associated with SEUSSICAL JR.

A “Thinker.” He’s a smart child with a wild imagination. JoJo can be played as being a little bit awkward, a little bit of a loner, or simply a rambunctious kid whose “Thinks” get him into constant trouble. By the end of the show, he learns what it means to be a responsible member of his community, using the power and possibilities of his own “Thinks.” JoJo should be one of your strongest singers, and can easily be played by a young girl or boy.

The Cat in the Hat

The essence of mischief, fun, and imagination. The Cat stirs things up and causes trouble but always sets things right again. He helps JoJo discover the power of his own imagination as they create the story of Seussical JR. together. Look for a physically adept actor (male or female) to play the Cat who is confident onstage, comfortable with comedy, and able to improvise with the audience if needed. The Cat does not need to be your strongest singer but should still have good rhythm and timing.

A gentle giant. Think of Horton as a big-hearted, blue-collar guy who is steadfast, responsible, and always tries to do the right thing. He is sympathetic and receptive to the world around him. He believes in the inherent goodness of the world, so it’s no surprise that he always looks for the good in others. Horton goes on quite a journey throughout the show but stays true to himself, even when the going gets tough. Cast a great singer and actor in this important role.

Mr. Mayor and Mrs. Mayor are parents trying hard to raise a child with a big imagination. These Whos may get aggravated with JoJo, but they love him dearly. They try their best to make the right choices as parents, even if JoJo doesn’t always understand them. They are also upstanding members of their community. Cast two performers who are good singers and pair well together. Remember, Mr. and Mrs. Mayor are a team.

Mr. Mayor and Mrs. Mayor are parents trying hard to raise a child with a big imagination. These Whos may get aggravated with JoJo, but they love him dearly. They try their best to make the right choices as parents, even if JoJo doesn’t always understand them. They are also upstanding members of their community. Cast two performers who are good singers and pair well together. Remember, Mr. and Mrs. Mayor are a team.

Very self-conscious about her one-feather tail. Gertrude gains confidence throughout the show, changing from an anxious, nervous, shy bird into someone whose self-worth doesn’t rest on her appearance. In other words, Gertrude realizes what’s truly important in her life. Cast a wonderful actor and a great singer in this role, and make sure well with Horton.

Self-centered, vain, and manipulative. She ultimately means no harm, but she’s immature and makes selfish decisions. In giving up her egg to Horton once and for all, she has a moment of self- awareness – she realizes she isn’t the kind of bird who would be a good parent, and she does the best thing she can for the egg. Cast a performer who is a good singer and great actor and can sell Mayzie’s larger-than-life personality.

The Wickersham Brothers, including Wickersham 1, Wickersham 2, and Wickersham 3, are not bad guys! They tease, play pranks, and get a kick out of making mischief, although often at another’s expense. Cast great movers who work well as a group, and encourage each of your actors to find an individual Wickersham persona.

The Bird Girls, including Bird Girl 1, Bird Girl 2, and Bird Girl 3, are a fabulous group of birds who know everything there is to know about the goings on in the jungle and support Mayzie throughout the show. Cast girls who are great movers, singers, and work well together as a group.

Loud, brassy, and a lot of fun. She’s got a lot of attitude but isn’t mean – she’s just very confident and unafraid to tell it like it is. Cast a great actor with a bring-down-the-house singing voice who is unafraid of making bold choices onstage.

Sour Kangaroo’s feisty daughter. She may be pint- sized, but she’s got a big personality and is following in her mother’s footsteps. Young Kangaroo doesn’t have to be the best singer, but she should be a great actor with lots of attitude and pair well with Sour Kangaroo.

The authoritative judge who presides over Horton’s trial at the end of the show. Yertle is a great role for a newer performer who may not be quite ready for the responsibility of a larger part. Cast a good singer and actor who can command the stage.

The black-bottomed eagle who flies off with the Whos. Vlad is onstage very briefly and doesn’t sing, so this is a good role for a member of your ensemble who can make a big impression in a short amount of time.

Arguably the most famous Seuss character of all! He has a brief, fun cameo in Seussical JR. Cast a good actor and singer who can have fun with the Grinch’s short solo.

The Whos (including First Who Family, Second Who Family, Third Who Family, Fourth Who Family, and Fifth Who Family) are the citizens of Whoville and they look a lot like you and me, only so small they are invisible to the naked eye. They are a tight-knit, supportive community. Encourage everyone playing a Who to create his or her own unique character.

The Jungle Citizens, Hunters, Circus Animals, Fish, Nurses, Courtroom Attendants, additional Wickersham Brothers and Bird Girls all help fill out the world Seussical JR. These ensemble roles are great places for anyone who would like to be involved in your production. Encourage these performers to create their own individual characters, especially if they are playing multiple roles.